Tired of waiting in line just to have a cup of freshly brewed coffee? Do you sometimes wish that you could just prepare it at home? Is cleaning the coffeemaker adding up to your stress?

At A Glance: Our Top 5 Picks for Instant Coffee

Make your life easier and enjoyable with these underrated instant coffee powder and granules from the world's best coffee makers. They may be instant, but they are surprisingly packed with the same ingredients used for preparing fresh brew coffees.

**Below, you'll find our more detailed reviews, but you can also click the links above to see current prices or read customer reviews on Amazon.

Reviewing the 12 Best Instant Coffees on the Market 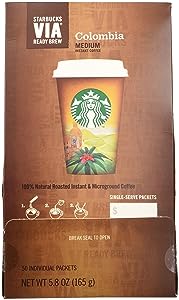 Starbucks is known for skillfully mixing bitterness and sweetness in many of its original blends, which is apparent in its own instant version of the popular Colombian Arabica coffee. This is also preferred by many coffee lovers because of its strong walnut flavor.

Apart from its nutty taste, the Colombia coffee is favored by many coffee drinkers because of the tradition involved with its preparation. If you like your coffee to just have the right amount of acidity and roasted flavor, this Starbucks version will not disappoint. A lighter and smoother taste can also be achieved by diluting one 0.11 oz. packet in more hot water than what is suggested in the directions found in the packet. 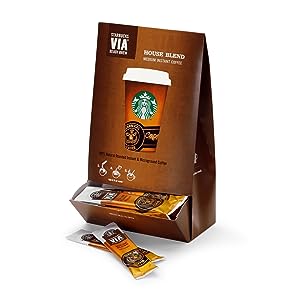 This packet of micro-ground Arabica coffee beans was originally created for Starbuck's first store in Pike Place Market in Seattle. The instant coffee's flavor has hints of cocoa and nuts, which complements with the signature sweet and roasted taste of most Starbuck's coffee blends.

The 5.8 oz. box comes with fifty 0.11 oz. packets of the ethically-sourced grounds beans. Each packet is enough to make a cup of strongly-flavored coffee. While the instant coffee's shelf life is only eight months, it does live-up to its claims of replicating the aroma and taste of a fresh brew Starbucks coffee. 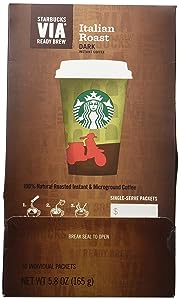